The Man Who Shouldn't Be King

You're invited! Supporters of an Australian republic are coming together online this Monday 8 June 2020 and watching the official Australian premiere of, 'The Man Who Shouldn't Be King'. 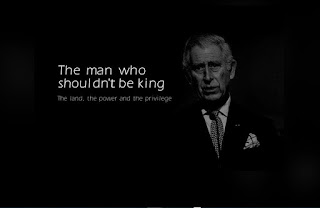 This day marks the Queen’s birthday – or at least, one of them. Australians are expected to celebrate the birth of the British Queen on different days in June… or September… or October… depending where they are in Australia: despite the fact the British Queen was born in April.

The good news is the online film premiere which is much less confusing.

Simply log onto the Australian Republic Movement Facebook Page and you can watch this documentary live with fellow republic supporters.

You'll be able to interact with other supporters by leaving your comments and thoughts as the film plays.

Australian Republic Movement National Director, Sandy Biar, will be in the comments answering your questions about an Australian republic as we watch the documentary on Facebook.


The future King of Australia, Charles, was born on 14 November: who knows on which days we'll be marking his birthday - unless you take action!

Hope to see you there.


Posted by Glenn Davies at 7:19 am No comments:

Megxit2 and the Fresh Prince of Bel Air

Commonwealth Day 2020 was held on 9 March 2020. Commonwealth Day is meant to be a day of observance by approximately one billion people of their common bonds and the contribution of the Commonwealth of Nations to the creation of a harmonious global environment. However, the only activity connected to Commonwealth Day appears to be the British royal family attending a church service.

Reminds me of the total lack of celebrations in Australia for the Queen’s 2012 Diamond Jubilee. All this makes a mockery of the Commonwealth Secretariat establishing as this year’s theme of “A Connected Commonwealth”.

Harry and Meghan clearly formed the view that the British monarchy was out of step with
modern democratic values and most Australians feel the same way. Prince William and Kate had been planning a visit to Australia – although coronavirus has now clouded that decision – showing how out-of-touch they were. Even while Australians were suffering through bushfires and floods, Australia was still receiving requests for Australian taxpayer-funded royal visits. Royal visits to Australia have previously cost millions, that money could be far better spent helping the victims of these tragic natural disasters.

Rather ironical that the last event as a senior royal is participation in Commonwealth Day service at Westminster Abbey before they return to their Commonwealth hide-out.

Posted by Glenn Davies at 10:51 pm No comments: