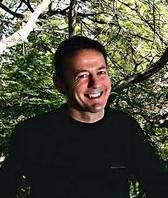 The Republic Upstairs welcomes as its next guest speaker, Nick Earls.

The Republic Upstairs has a proud history and over the past decade has hosted some of the leading figures in sports, finance, journalism, the arts and politics. This tradition continues with Nick Earls, speaking at the 12 Lounge at the Melbourne Hotel in West End next month.

Nick Earls is an award winning and highly successful Queensland writer, as well as a long-standing member of the Queensland branch of the Australian Republican movement. Nick was born in Northern Ireland and emigrated to Australia when he was eight. His family settled in Brisbane and he went to school at ‘Churchie’ before completing a medical degree at the University of Queensland. Nick’s father was a GP and he worked for a time in the same profession before turning to writing full-time in his mid-20s. This decision proved to be an almost immediate success when his first adult novel, Zigzag Street, won the Betty Trask award in 1998. Then in 2000, his young-adult novel 48 Shades of Brown won the Children's Book Council of Australia Book of the Year Award for older readers.

Most of Nick’s writing is humorous and fun and almost all of it is set in Brisbane. Many of his novels have been adapted for stage, film and television. His first work written specifically for the stage, The True Story of Butterfish, was shown at the Brisbane Powerhouse as part of the Brisbane Festival in October 2009.

The admission charges will cover a modest bar tab as well as a selection of finger food. The Melbourne hotel offers $5 parking and is close to many public transport options.
Posted by Glenn Davies at 10:59 pm No comments: