Just over one hundred years ago, on 27 March 1912, Australia introduced compulsory enrolment and, in 1924, compulsory voting — since then, participation in the voting process has become an accepted and entrenched activity in Australian society. 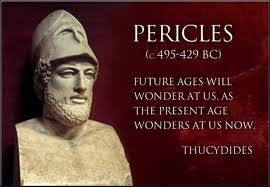 The response to Latham is that strong and effective democracy requires a minimum degree of participation by all its citizens, not just those anxious to influence the system to get something out of it. The idea is not new. The great Greek historian, Thucydides, records the Athenian leader Pericles as saying:
‘… we do not say that a man who takes no interest in politics is a man who minds his business: we say he has no business here at all.’
The decisions of government affect everyone and they are more likely to be made on behalf of everyone if everyone plays at least some role in selecting the members of Parliament. 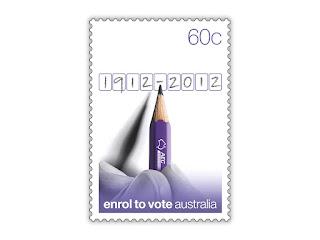 Compulsory enrolment and voting are the fundamental underpinnings of Australia’s democracy and Australians have readily accepted this with their enthusiastic participation in the electoral process. Participating in democracy should not be optional. Even if you despise politicians and the political process, turning out a couple of times every three or four years to vote for your local, state or national government is not burdensome for anyone. It forces even the most cynical individual to at least cast a fleeting glance at the political process and that is a desirable outcome. Adelaide University’s Lisa Hill notes:
‘By ensuring that voting participation is not confined to the more prosperous members of society, compulsory voting serves to protect such important democratic values as representativeness, legitimacy, accountability, political equality and minimisation of elite power.’
Compulsory voting forces people to engage with their democracy.

Our democracy needs more occasions where we get together and engage in a shared activity. For the most part, this should not be as a result of compulsion. However, there is room for at least one occasion, held every few years, when all citizens are required to come together in a common, civic enterprise. The requirement that we turn up to vote meets that test.
Posted by Glenn Davies at 11:09 am No comments: