As Prince Harry and the Duchess of Sussex were putting the final touches on their successful Australian tour, the republic movement last week voted in the leadership team it hopes will sever Australia’s constitutional ties to the British monarchy.

Peter FitzSimons, a prominent media figure whose signature headscarf serves as a red rag to his critics, was elected to a further two years as chairman of the Australian Republic Movement, with mental health advocate and former Australian of the Year Patrick McGorry joining the group’s ­national committee.

The last referendum on a ­republic, held in 1999, was soundly defeated after republicans could not agree on whether an Australian head of state should be appointed by the parliament or ­directly elected by the people.

Matt Thistle­thwaite, a Labor MP who would be the minister ­responsible for a republic under a Shorten government, said the growing support for a republic suggested Australians were able to separate their fondness for the British royals from our constitutional arrangements.

“If we become a republic, the relationship between the average Australian and the royal family will not change one bit,’’ he said. “They will still come to Australia regularly, they will still be welcomed here and they will still ­appear on the front cover of our gossip magazines and newspapers when they get married and have kids.’’

Newspoll surveys show that since April 2011, the month William and Kate were married, support for a republic has grown from a low ebb of 41 per cent to 50 per cent.

Labor supports a two-staged vote on a republic, with a non-binding vote on the threshold question in a first term of government, followed by a referendum to decide a republican model.

The elevation of the republic to an election issue, albeit a second-order one for most voters, is a triumph for the ARM, which under FitzSimons has rebuilt its membership base and finances, and ­quietly campaigned to put the ­republic back on the political agenda.

In last week’s elections, Fitz­Simons received about 75 per cent of the vote of ARM members. “I think we need more Peters rather than one fewer,’’ ARM national ­director Michael Cooney said.


Posted by Glenn Davies at 7:44 pm No comments:

On the fourth Queen's birthday holiday this year, it’s time we replaced this outdated occasion with a day that celebrates Australian achievement. 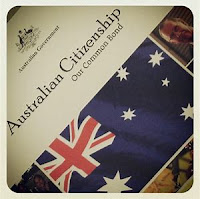 Queen Elizabeth II turned 92 on Saturday, 21 April 2018. I’ve asked before, when will she be allowed to put up her feet?

Most 92 year olds are long retired, but not that trouper the Queen. My grandmother will be 93 later this year. She's a hardy soul but there's no way she would be up to the frantic pace needed to be a world leader. Even though retirement plans for many people keep going further and further beyond 60, Queen Elizabeth II has still well and truly exceeded this.

I’ve written before that it has always seemed absurd that Australians acknowledge the birthday of Queen Elizabeth II at a completely different time to her actual birthday. Around Australia, the Queen's Birthday public holiday is held on the second Monday in June — except in WA and Queensland. WA had their Queen’s Birthday holiday on Monday, 24 September 2018, and in Queensland on Monday, 1 October 2018.

Earlier this year, I wrote on how Queensland had become a little less "Queenie" with the move of the Queen’s Birthday holiday from the second Monday in June to the first Monday in October in 2016, as no one seems to have noticed the move.

But what actually happens on this day?

While the date of the Queen’s Birthday public holiday has changed repeatedly in Queensland in recent years, a bolder reform would have been to change the holiday completely.

“Australia should replace royal birthdays with a public holiday of our own … a new ‘Citizens Day’ holiday in September to strengthen Australian citizenship. This could build on existing activities for the anniversary of the Australian Citizenship Act in September 1948. What better way is there to celebrate the best in our country than with a new Citizens Day public holiday? A new day, dedicated to democracy, freedom and the law would be a modern, unifying Australian institution.”

The difference between citizen and subject has often been glibly said to be that a citizen has rights whereas a subject has privileges. A subject owes their allegiance to a sovereign and is governed by that sovereign’s laws whereas a citizen owes allegiance to the community and is entitled to enjoy all its civil rights and protections. The difference between citizen and subject lies in where an individual places their allegiance: subjects (to a sovereign) and citizens (to a state; to a republic).

On 26 January 1949, the legal concept of Australian citizenship was created with the enactment of the Nationality and Citizenship Act 1948. Before then, at common law, to be a British subject, one simply had to be born in any territory under the sovereignty of the British Crown. From 1949 onwards, every person who was a British subject by virtue of a connection with the United Kingdom or one of her Crown colonies became a British citizen. However, citizens of other Commonwealth countries retained the status of British subject and were known by the term Commonwealth citizen.

The status of British subject was retained in Australian law until Part II of the Nationality and Citizenship Act 1948 was removed by the Australian Citizenship Amendment Act 1984 which came into force on 1 May 1987. Australia severed its final legal ties to Britain by enacting the Australia Acts of 1986. However, it must be said, we have yet to sever our final symbolic ties to Britain as represented by our head of state being the British monarch.

From this time forward, under God
I pledge my loyalty to Australia and its people,
Whose democratic beliefs I share,
whose rights and liberties I respect, and
whose laws I uphold and obey.

You’d think one birthday would be enough for the Queen. Australians who are out there making a difference in their communities every day don’t even get one day in their honour — let alone four!

Surely, this must be the most irrelevant and outdated of public holidays. The Queen’s Birthday holidays don’t remind us of anything good about our country. At worst, they tell us Australia’s head of state gets the job by inheritance and that Australians are subject to a foreign crown – the opposite of democracy and liberty.

Monarchist's can prattle on endlessly about how retaining the monarchy brings stabilty and is cheaper than having a home grown head of state and the like. But when you boil it all down, you can't escape the fact there's something a little unnatural about a grown child of, shall we say, 230 years, still electing to live in mummy's back bedroom.

Deciding to pack our bags and finally leave our Buckingham Palace nursery room isn't being rude to the Queen. It's just the natural order of things, and she's reportedly acknowledged as much to past prime ministers. How many more Ashes tours must we endure with the Barmy Army taunting us with their song God Save Your Queen? Time to cut the apron strings, assert our independence, and let one of our own people serve as head of state.

Citizenship is for all Australians.

It is a commitment of loyalty to Australia and its people and their shared democratic beliefs, laws and rights.

It is a bond uniting our culturally diverse society.

Australia today, is one of the world’s great nations, with a bright future that must be 100 per cent in the hands of the Australian people. We are ready to move on from our colonial past and become a fully independent nation with fully Australian national institutions, including our own Head of State.

Posted by Glenn Davies at 4:26 pm No comments: