In December 2007 Melbourne's Royal Women's Hospital axed its reference to the Queen. The landmark hospital in Parkville changed its signs to 'The Women's' after advice from consultants that its traditional name was ineffective. One of Victoria's leading maternity hospitals, the hospital was opened in 1856 and was known as 'The Women's Hospital' from 1884 until Queen Elizabeth II conferred a Royal Charter upon it in 1954. From the beginning of 2008 the hospital reverted to 'The Women's' but will continue to be registered as The Royal Women's Hospital. This is due to the issue that any Royal Institution or Royal Society would cease to exist as a legal entity if their Royal Charter was revoked or dissolved.

As there is no precedent in living memory for the Queen revoking a Royal Charter then the only way a Royal Charter can be dropped is for it to be dissolved by an Act of Parliament. The handing back of Royal Charters is a sign the Australian republican spirit is bubbling up to the surface into the active consciousness of Australian society. On 6 July 2004, the Federal Court approved the merger of the Royal Blind Society of NSW, the Royal Victorian Institute for the Blind Ltd, and Vision Australia Foundation into a combined agency known as Vision Australia Ltd. Legislation was passed in NSW and Victoria to ensure the assets and liabilities of the three separate organisations were transferred, where possible, to the new entity.

Indeed, it was necessary to pass legislation to also ensure that bequests and gifts created or granted, in the past and future, after the agencies were wound up or de-registered would be transferred to the new agency, Vision Australia. However the name 'Royal' was not adopted by the new merged agency.

Vision Australia is leading Australians into a republican future. On 5 December 2006, members of the Royal Blind Foundation Queensland voted in favour of amalgamating with Vision Australia. In February 2008 it was announced that the Seeing Eye Dogs Australia would also merge with Vision Australia by the end of June 2008. The delivery of an effective service to Australians appears to be of more importance to vision-impaired Australians rather than founding their new agency within an outdated concept of a Royal Charter.

For vision-impiared Australians the spectacle of royalty, with all its pomp and ceremony, appears to have no relevance. What is more important is Australians helping Australians. There is no longer a need for royal permission or patronage to deliver a needed service to the people of Australia.

The clear republican vision of Vision Australia shows the way for other Royal Societies and Royal Institutions - it's time to return the Royal Charters to the various State Parliaments and stand tall.

Three cheers for the coming republic!
Posted by Glenn Davies at 9:15 pm No comments: 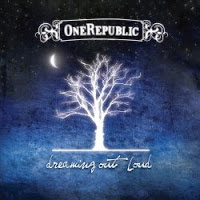 OneRepublic, a US rock band, had the most downloaded song in Australian history with their smash hit, 'Apologize'.

The band, who toured Australia in April 2008, sold over 90-thousand downloads in Australia.

It's through popular culture that the debate for the creation of an Australian republic will be maintained.

Three cheers for the coming republic!
Posted by Glenn Davies at 10:51 pm No comments: