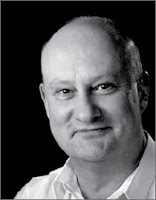 Kel Robertson is the winner of the 2009 First National Republican Short Story Competition.

2009 is a milestone as it will be 10 years today since the republican referendum was lost. To commemorate this event and to remind Australians what they still don’t have the Australian Republican Movement held the First National Republican Short Story Competition.

Short stories were required to portray an Australian republican future in a positive light and demonstrate the absurdity of a hereditary monarch as the Australian Head of State in twenty-first century Australian society.

Mr Robertson’s winning short story was titled Rook Feast and tells the story of the final meeting between the King of England who is under house arrest and a Minister of the British government. The Minister (who is also a relative) has come to inform the last King of England “on a perfect English spring day” what is to be his fate. Set in the future where a post-tourism-age appears to have killed the monarchy, Mr Robertson’s story explores concepts of the hidden costs of monarchy through a ‘security expenditure issue’, and the theme of the inevitability of the popular will of the people. The plot is written around a discussion of what will be the individual future of the last King of England.

Rook Feast won the First National Republican Short Story Competition on the strength of the writing. The judges agreed Rook Feast was a fine, well-written short story that successfully managed to take in and make much of the required republican theme. He wins $611.99, and his short story will be published on the Australian Republican Movement website at http://www.republic.org.au/

Kel Robertson, 52 lives in Canberra, and is the author of two critically lauded crime novels featuring the Chinese-Australian Federal Police investigator, Brad Chen. On learning of his win, he commented:

“I am truly delighted to win this competition. I enjoyed myself immensely writing this story; the whole experience was entertaining. As a young man I was very much of my time and had great sympathy for the royal family whereas now I find myself bemused by their activities. It was great fun being able to have some gentle pleasure at their expense.”

Before every great invention and before every great journey is the idea. Without ideas and imagination, we are all trapped in the past. Mr Robertson’s Rook Feast is an exercise in imagination and helps to lead the way into a possible republican future. The Australian Republican Movement congratulates the winner of this year’s competition and extends its thanks to all entrants.

The Republican Short Story Competition will be run again in 2010.
Posted by Glenn Davies at 9:01 am No comments: