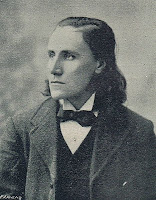 The tradition of republican journalism

On Christmas Day, 1890, the republican editor F.C.B. Vosper penned a letter from the Charters Towers goldfields office of the Australian Republican to his father in England describing his efforts over the past year to bring about an Australian republic. 120 years later the Independent Australia eJournal continues the tradition of republican journalism.

The republican flowering in the 1880s was aided by the founding of republican newspapers and journals all over the country. By the 1880s, Australians had become a more mobile people. In addition a majority were native-born and most were literate. These two factors helped in providing an audience for the many nationalist writers who were active in the last three decades of the century. By the 1880s and 1890s, radical journals such as the Bulletin, Louisa Lawson’s The Dawn and the short-lived Republican in Sydney, the Clipper in Hobart, the Tocsin in Melbourne, the Worker and Boomerang in Brisbane and the Charters Towers Australian Republican reflected the radical, intellectual and political energies emerging in Australian life. During the depression years of the 1890s, John Norton’s Truth also kept up its republican flag. For these journals, Australian nationalism was closely interwoven with republicanism. These editors possessed a brash self-confident nationalism, were fiercely patriotic about Australia and just as fiercely opposed to any Australian government that included the Crown. It was a reaction against imperialist attitudes combined with the radical hope of being able to create a new society in Australia. It is within the columns of journals such as these that the oppositional politics of anti-monarchical republicanism can be seen.

The radical bookshop was the heartland of nineteenth-century radicalism. In the back rooms of radical bookstores and newspaper printeries sprinkled throughout the colonies, republicanism was a topic of heated discussion. The main source for radical readings was newspapers. The purpose of these newspapers was to provide a commentary on public issues. Indeed, radical literature provided an oppositional culture. In 1880, there appeared in Sydney an eight-page, shabby little weekly paper called the Bulletin. The journalists John Haynes and J.F. Archibald published the first edition with a print run of 3,000. The edition quickly sold on the streets of Sydney and within 18 months the circulation had reached 15,000. However, a libel case put them bo 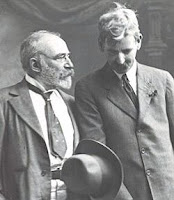 th in jail. It was William Henry Traill then who rescued the paper and who developed the Bulletin’s anti-British, nationalist and republican themes. Traill was then editor of the Bulletin from 1881 to 1887. Haynes soon left and Archibald went overseas where he helped to recruit the American cartoonist Livingstone ‘Hop’ Hopkins and the British cartoonist Phil May. The satirical republican commentary by the Bulletin on Australian life was highly popular. It was Archibald who excelled as a destructive critic for the Bulletin. His republican voice was to guide editorial policy from 1887 until 1901. Indeed, ridicule of the reverence for all things British was a favourite topic for Archibald. He had a ready audience in the Australian native-born colonists, who had a vague sense of resentment towards British attitudes.

The columns of the Bulletin gave a great deal of attention to republicanism and the Imperial connection, expressing hostility towards the monarchy and aristocracy. This was reflected in the Bulletin’s attitude towards Imperial titles that it considered “inconsistent with the spirit of our democratic institutions.”(Bulletin, 26 January 1883) The Bulletin also reported republican activity in Britain. Its position was that both monarchy and aristocracy were “absurd in principle and pernicious in practice.”(Bulletin, 21 November 1885) For the republican Bulletin the ability to govern was not hereditary. However, it was not until 1884 that the Bulletin espoused a consistent anti-British, republican attitude.(See Bulletin, 22 November 1884) This became evident within the Bulletin’s commentary on the Soudan campaign when Imperialist sentiment at home and abroad was considered the enemy of republicanism.(See Bulletin, 21 February and 28 March 1885) The base of the paper’s attitude to foreign affairs lay within the contradiction between Empire and national defence. Its position was that without the British connection Australia would have no foreign enemies. Although the Bulletin’s republicanism had been founded initially on colonial defence, by 1887 it had shifted to focus on issues of constitutional and social reform. In 1887, the Bulletin argued that to be Australian was synonymous with being a republican:

By the term Australian we mean not those who have been merely born in Australia. All white men who come to these shores - with a clean record - and who can leave behind them the memory of the class-distinction and the religious differences of the old world; all men who place the happiness, the prosperity, the advancement of their adopted country before the interests of Imperialism, are Australian. In this regard all men who leave the tyrant-ridden lands of Europe for freedom of speech and right of personal liberty are Australians before they set foot on the ship which brings them hither. Those ... who leave their fatherland because they cannot swallow the worm-eaten lie of the divine right of kings to murder peasants, are Australian by instinct - Australian and Republican are synonymous. (Bulletin, 2 July 1887)

An Australian Association which would sink the ‘Native’ phase of the present organisation, and which would deny membership to those who would not solemnly promise to help in stamping out all sectarian-cum-politico movements – Orangeism or Hibernianism – while advocating the Australian Republican sentiment, would be an extraordinary power in the land. All Australians could then take part in the shaping of a National development, and the accident of birth would not count to a man’s disadvantage. (Bulletin, 7 April 1888)

The Bulletin equated republicanism with nationalist sentiment, reasoning that a true Australian nationalist could not be loyal to the British monarch.

In the 1880s and 1890s, the consistent opponents of Britain were men like George Black and E.W. O’Sullivan, both journalists and politicians, who rejected the British monarchy and aristocracy on principle. Reacting against the views of those who supported the Imperial Federation League, they were strongly in favour of immediate separation and a republican form of government, so that Australia could create a new and better society, for which there was already considerable potential. The Bulletin and other less permanent radical papers, such as the Sydney Republican and the Charters Towers Australian Republican, provided space for such views. As a result, republican newspapers and journals were used as mouthpieces for individual politicians. Arthur Rae was elected to the New South Wales parliament in 1891 and founded the radical republican Hummer in Wagga; the Cairns Advocate was founded by Irish-born Thomas Givens; Ted Findley, publisher of Tocsin, was expelled from the Victorian parliament for seditious libel when he published an article reporting the extra-marital adventures of the Prince of Wales; the Hobart Clipper provided a medium for republican sentiments; and in John Norton’s Truth, although he never directly espoused a republic, his quasi-republican views led him to describe Queen Victoria as “flabby, fat and flatulent”, and her son, the future Edward VII, as a “turf swindling, card sharping, wife debauching rascal”. As a result he was charged with sedition. The jury failed to agree and Norton became a republican hero overnight.

The world of republican journalists and writers was not so much the bush as the sleazy urban frontier of inner-city boarding houses. These young journalists and self-educated intellectuals of the 1880s were described by George Black as “a debating-society, hard-reading crowd.” (Black, 1926: p.22.) In Sydney, in the mid-1880s, there was a lively counter-culture of socialists, republicans, freethinkers and land nationalisers. Prior to 1887, active Australian republicanism was concentrated in a variety of persons, journals and small groups of a radical character which gave expression to republican views. The groups included the Australian Republican Union, Australian Socialist League, Anti-Chinese League, Bellamy Clubs, Henry George and Single Tax Leagues, and the Land Nationalisation Leagues. (Republican, 15 October 1887, p.4, 8 February 1888, p.5, and 4 April 1888, p.4.) There were lectures delivered on almost every radical cause of the late nineteenth-century at Sydney School of Arts Debating Club, in Sydney’s public halls and in the theatres on Sundays when there were no stage shows. These discussions were fuelled by comment in the Bulletin.

Queensland has a long tradition of republican journalism from the Australian Republican on the Charters Towers goldfields in the early 1890s under the editorship of F.C.B. Vosper, though to the long-running Armlet (1994-2005), quarterly newsletter of the Queensland branch of the Australian Republican Movement under the editorship of Rod Kendall. In 2007 Armlet was resurrected by David Donovan who went on to edit the national Republican Roundup. In 2010 Armlet became an eNewsletter. Today the Independent Australia eJournal is the only national publication that continues the republican heritage laid down by the republican journalists of the late nineteenth century.

Bibliography
The Bulletin
The Republican
G. Black, A History of the N.S.W. Political Labour Party (Sydney, 1926), p.22.
Posted by Glenn Davies at 10:16 pm No comments: