An heir, spare, and one for the country

With the official announcement of the pregnancy of the Duchess of Cambridge, it seems William and Kate will have an heir, a spare, and one for the country. 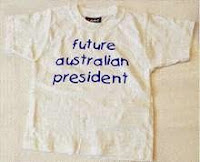 Congratulations to the British royal pair. The growing British royal family seems to be taking a page out of the Princess Mary book and her Danish royal brood of four.

No doubt the relentless celebrity that will surround the unborn prince or princess will continue to add to the British royal stamp of approval. Nevertheless this royal celebrity is an image dominated by an obsessive media and popular cultural landscape, which treat royalty as entertainment rather than as a political institution.

I hope one day soon that any Australian child will have the opportunity and honour to become an Australian Head of State, and not because he or she has had the privilege to have been born into Britain’s royal family.

I look forward to the day when Australia’s Head of State is determined by merit, not birthright, and affirms Australia’s values as a free, fair, democratic, multicultural nation.

Posted by Glenn Davies at 7:37 am No comments:

Parliament House
Canberra
Speech to inaugural joint sitting of both Houses of the Australian Parliamentary Congress
President of the Commonwealth of Australia
‘Our Wattle Republic’
September 1 has many names. Some welcome it as spring’s dawn, a time to celebrate nature’s renewal. For others it is Wattle Day — a time when the smells of Spring are in the air and the vivid gold of the blossom is literally arresting. Wattle Day is celebrated annually on the first day of spring, and captures something crucial to the success of our new republic — a feeling for country – for today is the first day of our new republic, the Commonwealth of Australia. 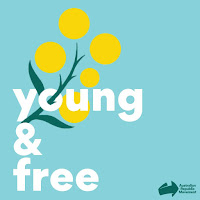 A sprig of Australia's national floral emblem, the golden wattle, Acacia pycnantha is traditionally worn on the first day of spring. The green and gold of its leaves and blossoms were declared national colours in 1984 and in 1988 the wattle was adopted as the official national flower. In Australia, the wattles are the largest genus of flowering plants. In Australia you could plant two or three different wattles for every day of the year, and still have plenty left over, for Australia has more acacia species than the year has days. These acacias are extremely diverse and found in habitats from rainforest to arid lands.

Wattle has been the great witness to the entire Australian story. It has welcomed us all — Indigenous, colonial and modern day immigrants. Australians may have made a home for themselves amongst the gumtrees, but it is the wattle tree that has found its way into Australian symbolism. Most Australians can recognise a wattle, at least when it is in flower.

Like the Southern Cross, the appeal of the wattle is not first and foremost to the idea of the nation — but to the idea of place. Wattle Day is about land and people. Wattle is the blaze of colour that paints Australia's landscape every year. It is the gold that blends with the eucalypt green to form the green and gold around which Australians so willingly unite. Because wattle springs organically from the land it bonds Australians as a people to the land. The democracy of wattles – the fact that they grow in all states – was the overpowering reason why the wattle and not the waratah was chosen as the floral emblem in the early twentieth century. Like our people, wattle has great diversity (with nearly 1,000 species) and resilience. It is a unifying symbol for all Australians. There is no other symbol that says so much about us and our land.

Because of its association with the land and the care that indigenous, settler and modern day Australians have for it, Wattle Day can be seen as an occasion to celebrate and honour the shared earth. Respecting and caring for land, protecting its native flora and fauna, and using wisely its water resources are major challenges to commit to as a people. Australia's future is bound tightly with the health of Australia's environment and land. As a living expression of land, wattle links us to the earliest occupation of the Australian continent. Indigenous Australians used wattle for thousands of years as a season marker (a sign that the whales were coming), as a source of food, and the raw material of hunting and sound instruments. This is part of wattle's wonderful heritage as a unifying symbol of land, people and the nation - a symbol that has no unpleasant baggage.

Wattle celebrations first arose as occasions when earlier generations of Australians stood up and said:

“I am from this land. This place is home."

The first known use of wattle as a meaningful emblem in the Australian colonies was in Hobart Town in 1838 when a resident suggested wearing a sprig of wattle to celebrate the golden jubilee of the landing at Sydney Cove. There was in this seemingly small gesture a suggestion of an independent Australia. At a regatta in 1842 to mark the anniversary of Tasman's discovery of Van Diemen's Land, many of the celebrant's again wore a sprig of wattle. The Golden Wattle was the first symbol of the Adelaide Australian Natives' Association's 'Wattle Blossom League'. On Foundation Day, 26 January 1891, the Adelaide Australian Natives’ Association represented itself with a Wattle Blossom Banner embroidered with Golden Wattle by its ladies' branch.

But it was not until the beginning of the twentieth century that an official Wattle Day was proclaimed after a suggestion made by the naturalist Archibald Campbell in Sydney. Campbell's suggestion led to a meeting to form a Wattle Day League which coordinated the states into celebrating the first Wattle Day on 1 September 1910. The Wattle Day League was a patriotic society in the vein of the Australian Natives' Association. The day was a celebration of the unique land, people and institutions of Australia, and was marked in Adelaide, Melbourne and Sydney with activities including the planting of wattle trees in the school grounds, decorating public sites with wattle and wearing wattle.

At the time the Sydney Morning Herald wrote: "To the native born Australian the wattle stands for home, country, kindred, sunshine and love - every instinct that the heart deeply enshrines".

The celebration of the day continued until the beginning of the First World War.

Wattle first appeared on Australia’s Coat of Arms when the Commonwealth of Australia Gazette of 18 January 1913 promulgated a new Coat of Arms for Australia.  During 1911 and 1912, Labor Prime Minister Andrew Fisher had taken a keen interest in the complex question of national identity and set about to ‘Australianise’ our government system and national symbols. Home-grown symbols, he knew in his heart, were essential for a nation so young. Among the significant changes made in the 1913 Coat of Arms was the inclusion of a spray of wattle as a background feature and a Federation Star, and instead of a shield displaying the English cross of St George, there was one showing the emblems of the six states. It is all the more appropriate that Wattle is the background of our national Coat of Arms, as it has been here for millennia. Wattle has welcomed us all — Indigenous, colonial and modern day immigrants. Wattle has been the great witness to the entire Australian story.

For many Australians when you mention wattle they don’t immediately think of the spray around the Coat of Arms, or the design embedded in the order of Australia. Rather the first thought is the last line of Henry Lawson’s stanza from Freedom on the Wallaby.
So we must fly a rebel flag,
As others did before us,
And we must sing a rebel song
And join in rebel chorus.
We’ll make the tyrant feel the sting
O’ those that they would throttle;
They needn’t say the fault is ours
If blood should stain the wattle!
In 1891 the battle lines were drawn and action spread across central Queensland shearing sheds and towns, from February 1891 until well into May and June. Henry Lawson’s poem was his comment on the 1891 shearers’ strike and represented the rebellious spirit of those times. Lawson was writing about freedom and independence in Australia, and although he may have alluded to "blood on the wattle" he was never a serious advocate of armed revolution. His was more a call to address a sense of injustice. In September 1981, historian Manning Clark wrote in the Sydney Morning Herald:
'I love the spring. It means the wattle comes out again. It is a symbol of everything one loves about Australia and the ideal of the uniqueness of Australia. To me, every spring holds out the hope that it won’t be long before Australia is completely independent [but I also] share Henry Lawson’s view that blood should never stain the wattle.'
In other words, independence of course, but peacefully achieved.

In 2015, during his first National Press Club Speech, the then newly minted national chair of the Australian Republican Movement, Peter FitzSimons, made a clarion call for movement towards a republic in the next five years:
A generation ago Australia had a go at becoming a republic and for a variety of well-documented reasons – most particularly including disunity, even among republicans, and a prime minister who just didn't believe in it – didn't quite get there.
But that was then, and this is now, and it is our hope and belief that sometime in the next five years Australia can again begin the formal process towards becoming the Republic of Australia – an independent sovereign nation, beneath the Southern Cross we stand, a sprig of wattle in our hand.

Of course, FitzSimons was quoting from the Australian cricket team victory song Under The Southern Cross I Stand with its reference to “a sprig of wattle in our hand”. Wattle is a broad and inclusive symbol. It touches all levels of society, from very early pioneers and World War I diggers (buried with a customary sprig of wattle), to victims of the Bali bombings and the nation’s best who are honoured with Order of Australia awards with insignia designed around the shape of a single wattle blossom. Australian Olympic athletes wear wattle inspired green and gold uniforms. A Governor General, Sir William Deane, took wattle blossoms to Switzerland to commemorate young Australians who died there and Prime Minister John Howard wore sprigs of wattle at ceremonies after the Bali bombings. Wattle has journeyed with us in kitbags, pockets and letters to places that become synonymous with our shared story, be they Gallipoli, Kokoda or Swiss canyons. Wattle is a metaphor for innocence and hope, the constant promise of rebirth, that simple and powerful beauty of the wattle flower — indigenous, Australian, unsullied by the memory of war and destruction.

So, when the blaze of wattle lights up the Australian landscape each year, let us all remember that the wattle is a symbol of our land that unites us all. So, on this Wattle Day let us all take a moment and reflect on the wattle flower which symbolises an egalitarian, classless, free citizenry. Our new Commonwealth of Australia is a fully and truly independent Australia, a republican nation that determines its own future, a nation that protects its citizens, its environment and its future. A country that is fair and free. 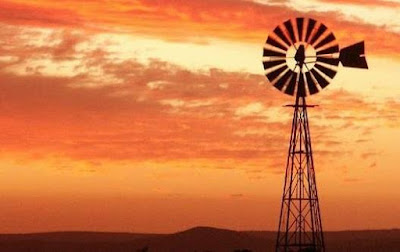 Posted by Glenn Davies at 7:24 pm No comments: