This is the second year Queensland no longer has a Queen’s Birthday public holiday in June — and no one seems to notice it’s gone. 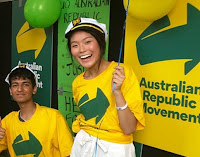 AROUND AUSTRALIA, it is the Queens’s Birthday weekend — except in Western Australia and Queensland. The Queen’s Birthday public holiday is held in most Australian states and territories on the second Monday in June.

As I wrote last year, Queensland became a little less "Queenie" with the move by the State Government of the Queen’s Birthday holiday from the second Monday in June to the first Monday in October in 2016. This year, Queensland will hold the holiday on 2 October. In WA, it will be 25 September.

After the election of the LNP Newman Government in 2012, until its shock electoral loss in January 2015, there was a steady output of ideological revisionism aimed at bolstering the concept of monarchy in Queensland.

During 2011, there had been widespread consultation by the Bligh Labor Government on changing the public holiday system in Queensland. It was agreed, in 2012, that Labour Day would remain in May and the Queen’s Birthday public holiday would move from June to the first weekend in October, while retaining a one-off Queen’s Diamond Jubilee public holiday in June 2012.

All this was thrown out the window later in 2012 when legislation was passed through the Queensland Parliament by the newly elected LNP Newman Government to move the 2013 Labour Day public holiday from the historically traditional 1 May to the first Monday in October and the Queen’s Birthday public holiday back to its previous June timing. The change in attitude towards the public holiday timetabling suggested the Newman Government was determined to take a conservative monarchical stand.

Labour Day has special significance for Queensland because of its links to events in the labour movement of the late 19th Century. The first weekend in May has been of major cultural and historical significance for the union movement in Queensland ever since the state’s first Labour Day procession – and one of the first in the world – took place in Barcaldine on 1 May 1891. The Labour Day public holiday has been celebrated by workers in Queensland on the first Monday in May since 1901 and is deeply ingrained in Queensland’s history as a day to recognise workers’ rights. 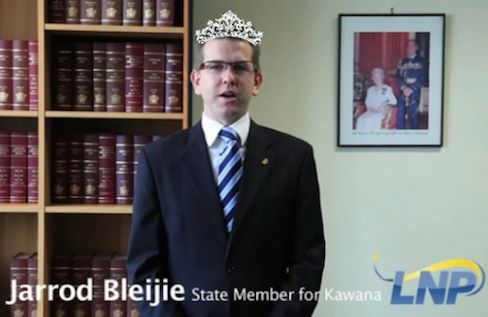 The push for a republic has gone from strength to strength in recent years with support from a resurgent membership, the majority of federal parliamentarians, the Prime Minister Malcolm Turnbull and Opposition Leader Bill Shorten. On Australia Day 2016, Australia's premiers and chief ministers made public declarations supporting an Australian head of state. The Australian Republic Movement has now confirmed most Federal MPs and senators want to ditch the monarchy. Sydney’s North Shore has a reputation for being home to staunch monarchists, but a few days ago every elected politician in that area from State and Federal politics was asked where they stood on the question of Australia becoming a republic. In short, if it was up to this patch of Australia, we’d be saying hello to an Aussie head of state any day now.

Opposition Leader Bill Shorten will bring the campaign for an Australian republic to a new peak, as the Australian Republic Movement’s guest of honour and keynote speaker at its Gala Dinner on 29 July 2017. The Pathway to a Republic dinner in 2017 will bring together supporters of a republic from across the country at the Royal Exhibition Building in Melbourne — the location of the first gathering of the Federal Parliament. Chair of the Australian Republic Movement Peter FitzSimons said the event demonstrated the broad bipartisan support within the community.

When the Lord Chamberlain called an emergency meeting of the British Royal Household a few weeks ago, the French media quickly announced that Prince Philip had died and the world expected the worst. Happily, it was a false alarm. However, it did drive home the fragility of the status quo and the fact that the Queen recently turned 91. There is no point denying that the day fast approaches when she will no longer be the Queen. When that happens, there is a plan that will swing into action with the uttering of a secret code from the palace. We will automatically and almost immediately have a new monarch as our head of state.

The next British monarch will be a King — most probably King Charles. And it will be decided not by our own deliberate and independent choice, but by laws of the United Kingdom: the Bill of Rights (1689) and the Act of Settlement (1701) as amended by the UK Parliament in 2010. Moreover, according to the laws of Royal Succession, our new monarch can only be a natural (non-adopted), legitimate descendant of Sophia, Electress of Hanover, and must be in communion with the Church of England. Under the current system, no Australian could ever qualify to the highest office in our country. We currently have no choice in the matter. It will just happen to us, regardless of what we might think. We will simply wake up to the news.


The Prime Minister has said that the proper time to consider the issue of the Republic is upon the Queen's demise. Some say it is disrespectful or morbid to talk about the Queen's passing. I think that's wrong. It is too late. It will allow something enormous to just happen to us while we sit back passively, unable to do anything about it.

The Queen’s Birthday weekend in June in Queensland has slipped away quietly without anyone commenting that it has gone, nor querying why it now pops up in early October for no apparent reason. Perhaps this attitude of irrelevance towards celebrating the Queen’s big day each year is a reflection of the larger attitude towards the British monarchy within our every day lives.

Tickets are available for the ARM Gala Dinner in Mebourne for as little as $50 a head for students and pensioners HERE.
Posted by Glenn Davies at 4:39 pm No comments: