1981: the republic and the wedding

The 29 July 1981 was the 30th anniversary of the wedding of Prince Charles and Lady Diana Spencer at St Paul’s Cathedral. Where were you back in 1981 when Prince Charles and Diana married? If you’re anywhere approaching 45 or over, you can probably recall exactly where you were and who you were with. For me it was the night of my Year 12 formal. Dresses and cakes were all the talk. However, two days before, the ALP National Conference, almost by accident, endorsed a new policy position to establish an independent Australian republic.

The 29 July 1981 was the night of my Charters Towers State High School formal. As we were such a small Year 12 group we customarily shared the event with the private schools in the country town. The main hall in the north Queensland country town was called the Horticultural Hall, which brin 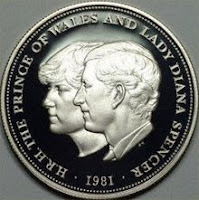 gs up all sorts of rural images. The other main dance hall in the town was where we learnt and practiced all our dance moves for the big night. The name of this hall reflected the interesting divisions in the old goldfield community. The Miners’ Union Hall was referred to by its abbreviation: MU Hall. However, in a collective loss of memory, townsfolk did not seem to remember how important and influential unionism had been on the goldfield in the nineteenth century and it was known to all and sundry as the ‘emu’ hall. For the Year 12 girls, it was a conflict of almost irreconcilable proportions — do I go to the Formal or watch the Royal Wedding? Cakes and long trains and dresses were all they could talk about. For us boys, it didn’t seem to matter. For me, the only princess that mattered was at the Horticultural Hall. Although it took several more years for her to see me as her prince, we did finally marry!

While all this was going on in Charters Towers, audiences worldwide paused as the fairy tale coach, replete with its Cinderella, rolled up to St Paul’s Cathedral steps and the ‘Queen of the People’s Hearts’ emerged in the crushed cream creation. Everyone gasped, and winced, and laughed when Diana repeated her bridegroom’s name incorrectly.

Interestingly, two days before the Royal Wedding, the Australian Labor Party declared that Australia should become a republic.

At the ALP National Conference in Melbourne the word ‘republic’ was substituted for ‘nation’ when it endorsed a commitment to reform the Australian Constitution. The endorsement of a republic almost seemed to slip through the conference – the vote was 26 to 21 – partly as a result of apparent confusion on the part of the conference chairman, the New South Wales premier, Neville Wran. Wran, for some reason, failed to put to conference a procedural motion which would have deferred a vote on the republican issue until the 1982 conference. Some delegates later believed the procedural motion would have got through.

The proposal to break the tie with the monarchy was moved by a former West Australian Opposition leader, Colin Jamieson, who moved an amendment to one of the national executive’s recommendations on the party’s revised objectives. The executive recommendation proposed

“reform of the Australian Constitution and other political institutions so as to ensure that they reflect the will of the majority of Australian citizens and the existence of Australia as an independent nation”.

The attempt to defer the vote came from Federal Labor front bencher Mick Young. Mutters of ‘monarchist’ and ‘royal weddings’ were heard as the vote was taken to include the comm

itment to a republic. There was some amusement, especially as a former South Australian Attorney-General, Peter Duncan – a radical – was bound by his branch to vote against republicanism.

Jamieson said there were 43 sovereign states in the British Commonwealth of which 23 were already republics.

“They are no less loyal, by being republics, to the British Commonwealth than those which are of other ilk. There are at various times stated to be from 23 per cent to 28 per cent of the United Kingdom that are in favour of Royalty at this time, and very often you see some criticism in the House of Commons of the Royal situation. Without being disrespectful to them, if at a time when Britain decided that they would no longer want Royalty, surely we are not going to have the whole Royal household troop out to Australia.”

Our school formal didn’t quite match the 2,000,000 people lining the streets of Britain, but for us it was a defining moment. Where were you on that evening?

Thirty years later, support for the establishment of an Australian republic remains a part of the policy platform for the ALP and we have had another generation of royal weddings. It feels like it’s time for Australians to ask themselves when are we going to finally stand up for ourselves and become a fully and truly independent nation?
Posted by Glenn Davies at 10:25 pm No comments: