Australia's future Republic Day - the 9th of May

Today is Australia Day 2018. While January 26 in Australia has become an unofficial marker of the end of the summer season, and an occasion for barbecues, flag-wearing and no small amount of jingoism, it has also become increasingly controversial. Should it or should it not be changed? 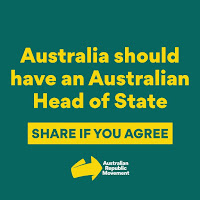 Over the past week many have argued that we cannot be a unified and mature nation while the national day is one so divisive for indigenous people. The argument is that by changing the date, #changethedate, Australia can show that it is ready to truly accept and include Indigenous histories, cultures and contributions as a valued part of the Australian story.

As the debate continues over whether Australia Day should be celebrated on January 26, one of the unresolved issues swirling around Australia Day is whether Australia should become a republic and reconciliation. Over the past few weeks, the republic has said to be again "on the public agenda". This time, the immediate impetus came from the release of some Keating government cabinet papers, recalling the debates about how best to proceed on the republic question within the government during the 1990s, as well as Malcolm Turnbull's teasing encouragement that he might just be ready for a reprise using his newly found process of a voluntary postal survey. Whether Australia should become a republic or remain a monarchy is a perennial topic of debate, particularly around the time of Australia Day.

"Sure, not everything’s perfect in contemporary Australia; and it’s possible that Aboriginal life could have continued for some time without modernity bursting upon it, had governor Arthur Phillip not raised the Union flag and toasted the king on January 26, 1788, but it’s hard to imagine a better Australia in the absence of the Western civilisation that began here from that date."

Donovan points out that Abbott confirms here that the annual festivities in remembrance of the landing on 26 January 1788 celebrates the raising of the British (Union) flag, the claiming of the land for the British monarchy, and the superiority and dominance of Western civilisation over Indigenous Australian culture.

The question of our Australian identity and reconciliation with indigenous people is due to the continuing presence of the British monarch as our Head of State.

But let’s say it for what it actually is.

Monarchist's can prattle on endlessly about how retaining the monarchy brings stabilty and is cheaper than having a home grown head of state and the like. But when you boil it all down, you can't escape the fact there's something a little unnatural about a grown child of, shall we say, 230 years, still electing to live in mummy's back bedroom.


Deciding to pack our bags and finally leave our Buckingham Palace nursery room isn't being rude to the Queen. It's just the natural order of things, and she's reportedly acknowledged as much to past prime ministers. How many more Ashes tours must we endure with the Barmy Army taunting us with their song God Save Your Queen? Time to cut the apron strings, assert our independence, and let one of our own people serve as head of state.

As Australia Day 2018 drew closer, the debate about the future of the day itself became tied to a future republic. Peter FitzSimons, National Chair of the Australian Republic Movement, has made clear his view on Australia Day.

"But what I do say is, the very obvious solution is we move to celebrating Australia's independence day - the day we became a republic. It's the right thing to do in terms of progressiveness and inclusiveness."

So, when would be this new Australia Day?

When Australians finally decide we must complete our independence, the obvious day of the year to inaugurate the Republic of Australia is the 9th of May. 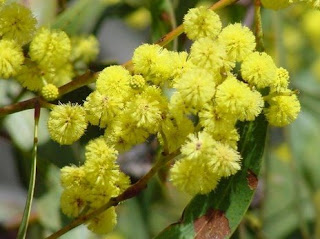 The 9th of May is a beautiful time of the year, with breezy, high-skied blue days and golden blossoms around Australia.

It is also a date that resonates in Australian civic history.

On 1 January 1901, after years of debate, the various colonies in Australia joined together to form a Federation. While the new Constitution of Australia called for a new capital to be constructed, away from the major cities, until that time Melbourne would act as the seat of government of the new nation. Elections were held for the first Parliament of Australia and, on 9 May 1901, the newly minted federal parliament was sworn in at the Royal Exhibition Building in Melbourne.

The opening of the new parliament was commemorated in oil on canvas by one of Australia’s best known artists, Tom Roberts.

Roberts’ painting is titled The Opening of the First Parliament of the Commonwealth of Australia by His Royal Highness the Duke of Cornwall and York, 9 May 1901 and is widely known as the ‘Big Picture’ in recognition of its grand scale. Measuring 5.65 metres across, and 3.6 metres tall, it is painted on three separate pieces of canvas, stitched together.

There was no national capital city when the Australian Federation was formed in 1901, so for the first 26 years as a nation, the Federal Parliament met in the Victorian State Parliament in Melbourne. However, provision had been made in the Constitution for a seat of Government of the Commonwealth, to be located within Commonwealth territory in the state of New South Wales, but not less than 100 miles from Sydney.

The site for the national capital was finally announced in 1911 and an inauguration ceremony held on Capital Hill in 1913.

On 9 May 1927, Old Parliament House in Canberra ‒ known formerly as the Provisional Parliament House ‒ was opened. The building began operation as a temporary base for the Commonwealth Parliament after its relocation from Melbourne to the new capital, Canberra until a more permanent building could be constructed.

Soon after its completion, the ‘Big Picture’ was presented to King Edward VII, and sent to England. It remained there for many years, hanging in St James’s Palace until 1957, when Queen Elizabeth II agreed to return the painting to Australia on permanent loan. 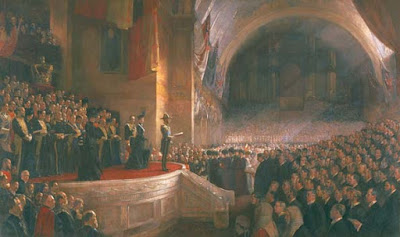 The painting was too large for its intended home at Old Parliament House in Canberra, and for many years it was in storage and only occasionally displayed. In 1981, after a major conservation project, it was hung in the new High Court of Australia building in Canberra.

When the new Parliament House was designed, a dedicated space for the painting was included in the foyer to the Main Committee Room, at the very heart of the building. This area includes architectural features such as a skylight and balustrade that were designed to echo Roberts’ original composition and connects the painting with other artworks from the Historic Memorials Collection. The ‘Big Picture’ has been on permanent public display there since 1988 and is undoubtedly the principal work of art recording Australia's Parliamentary History.

On 9 May 1988, the Federal Parliament transferred to the new Parliament House on Capital Hill, Canberra.

In Walter Burley Griffin's plan for the city, this was the most prominent location in Australia's national capital. The new Parliament House is one of the largest buildings in the southern hemisphere. The designers of the new Parliament House were mindful of the need to provide an appropriate space to display the ‘Big Picture’ in the new building and made space to place the painting in the Main Committee Room Foyer. 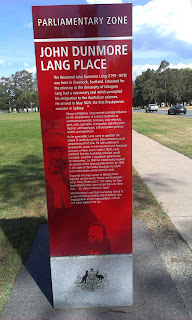 John Dunmore Lang (1799 – 1878) was a turbulent Australian Presbyterian clergyman from Scotland, writer, politician and activist, was the first prominent advocate of an independent Australian nation and of Australian republicanism.

In 1850, he founded the Australian League to encourage national identity, resist convict transportation and promote a federal republic. He did much to achieve separation for Victoria and Queensland and the introduction of responsible and democratic government.

In 1850, in a series of lectures in Sydney, John Dunmore Lang promoted republicanism, including the end of convict transportation, and independence and federation for the Australian colonies. He promoted his ideas in The Coming Event; Or, the United Provinces of Australia, published in 1850, in which he predicted an independent Australian federal republic.
By 1852, John Dunmore Lang’s republican activity culminated in the publication of Freedom and Independence for the Golden Lands of Australia — an appeal for the establishment of a United States of Australia. This was the first argued case for an Australian republic and has become an established slogan of political radicalism and republicanism in Australia. 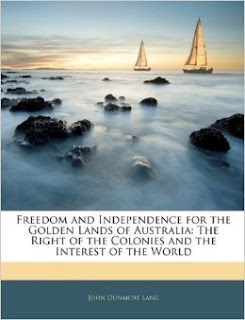 Freedom and Independence synthesised the fragmentary republican ideas that Lang had been widely disseminating in Australia during the previous two years into a single statement on the potential of Australian economic and political development. The ideas and their expression within Freedom and Independence were to influence republicans for the rest of the nineteenth century. Like many of the time, Lang thought of self-government as logically inconsistent with the Imperial connection.

The basis of Lang’s republicanism was a feeling for nationalism and personal Liberty. Nationality was a feeling justified in terms of natural law. Natural law was at the basis of his child-parent analogy. Lang used this analogy as his main argument for independence. He seems to have been the first in Australia to use the father-son relationship analogy to explain the connection between Britain and the colonies. He answered those who might accuse him of being disloyal with the challenge that the right to independence took precedence over filial duty.

The Republic of Australia Inauguration Day will take place in a grassy republican space named after Australia’s greatest republican advocate on the shores of Lake Burley Griffin, Canberra.

Standing on Australian soil with a blue sky canopy on a late autumn day under a southern sun, the 9th of May will be our future Republic Day. 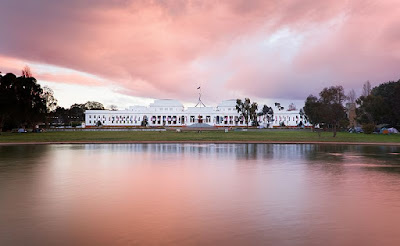 Posted by Glenn Davies at 7:16 pm No comments: