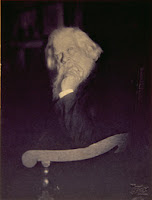 Well, today is the second Monday in June and again we have a public holiday for the Queen's birthday in Queensland. It has always seemed absurd that Australians acknowledge the birthday of Queen Elizabeth II at a completely different time to her actual birthday. Of course her real birthday was on 21 April 2007 when she turned 81.

The idea of celebrating the sovereign’s birthday was introduced in 1905. After Queen Victoria’s death in 1901 there was a call to remember her long reign. The result was the creation of Empire Day. On 24 May each year, Victoria’s birthday, an annual commemoration was held which was directed especially at school children to promote loyalty among the dominion countries of the British Empire. This day was celebrated by lighting fire-works in back-gardens and attending community bonfires. In 1958, Empire Day was renamed Commonwealth Day. However this is no longer celebrated within the Australian community. Instead Queensland has gazetted the official Queen’s birthday to be on the second Monday in June.

Perhaps celebrating the birthday of one of the fathers of federation, Henry Parkes, may be more relevant to Australians than either Queen’s Victoria or Elizabeth. Coincidentally Parkes was born on 27 May 1815, almost 3 years earlier to the day than Queen Victoria. Federation Day sounds better than Empire Day, and it could still be held each year on the second Monday in June!

Three cheers for an Australian republic!
Posted by Glenn Davies at 11:05 am No comments: