Our Pledge – to a future Australian republic

On 31 January 2014, the twentieth anniversary of the Australian Citizenship Pledge, the Australian Republican Movement released a poll showing seven out of 10 Australians support pledging allegiance to Australia and its people, rather than to the Queen.

Citizenship is for all Australians. It is a commitment of loyalty to Australia and its people and their shared democratic beliefs, laws and rights. It is a bond uniting our culturally diverse society. On 26 January this year almost 18,000 people became Australian citizens - a record number.

From this time forward, under God
I pledge my loyalty to Australia and its people,
Whose democratic beliefs I share,
whose rights and liberties I respect, and
whose laws I uphold and obey.

Australia's three most recent Labor prime ministers - Paul Keating, Kevin Rudd and Julia Gillard - all used similar words and swore allegiance to Australia and its people when they were sworn in. But Tony Abbott, an avowed monarchist, reverted to the previous pledge to the Queen, as did John Howard.

In late November and early December 2013, UMR and Essential Media surveyed 1000 voters who were told of the different pledges by Australia’s prime  ministers and asked “Which do you prefer?” The survey found 70% supported the pledge to Australia and its people, with only 19.5% agreeing with Prime Minister Tony Abbott’s pledge to the Queen. 10.5% were unsure.

“The poll – and other recent UMR and Essential Media surveys which found a consistent 32% support for monarchy - confirms  monarchists represent a minority and that the celebrity treatment of monarchy has failed to translate into support for the retention of the monarchy in Australia. The Australian people are ahead of current political leaders on this issue and this poll shows Australians are ready to pledge allegiance to an Australian republic”. 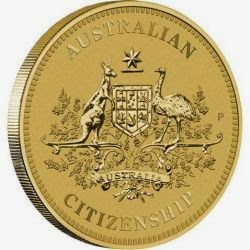 On 31 January1994 a different pledge was introduced at Australian citizenship ceremonies that replaced the mandatory pledge of loyalty to the Queen. On the 20th anniversary of the Australian Citizenship Pledge, Professor Gallop reflected:

“The monarchy is clearly no longer an institution that can unite Australians. It’s broken. The monarchy sits above our system of democratic government but cannot represent us, our identity or our values as a nation”. 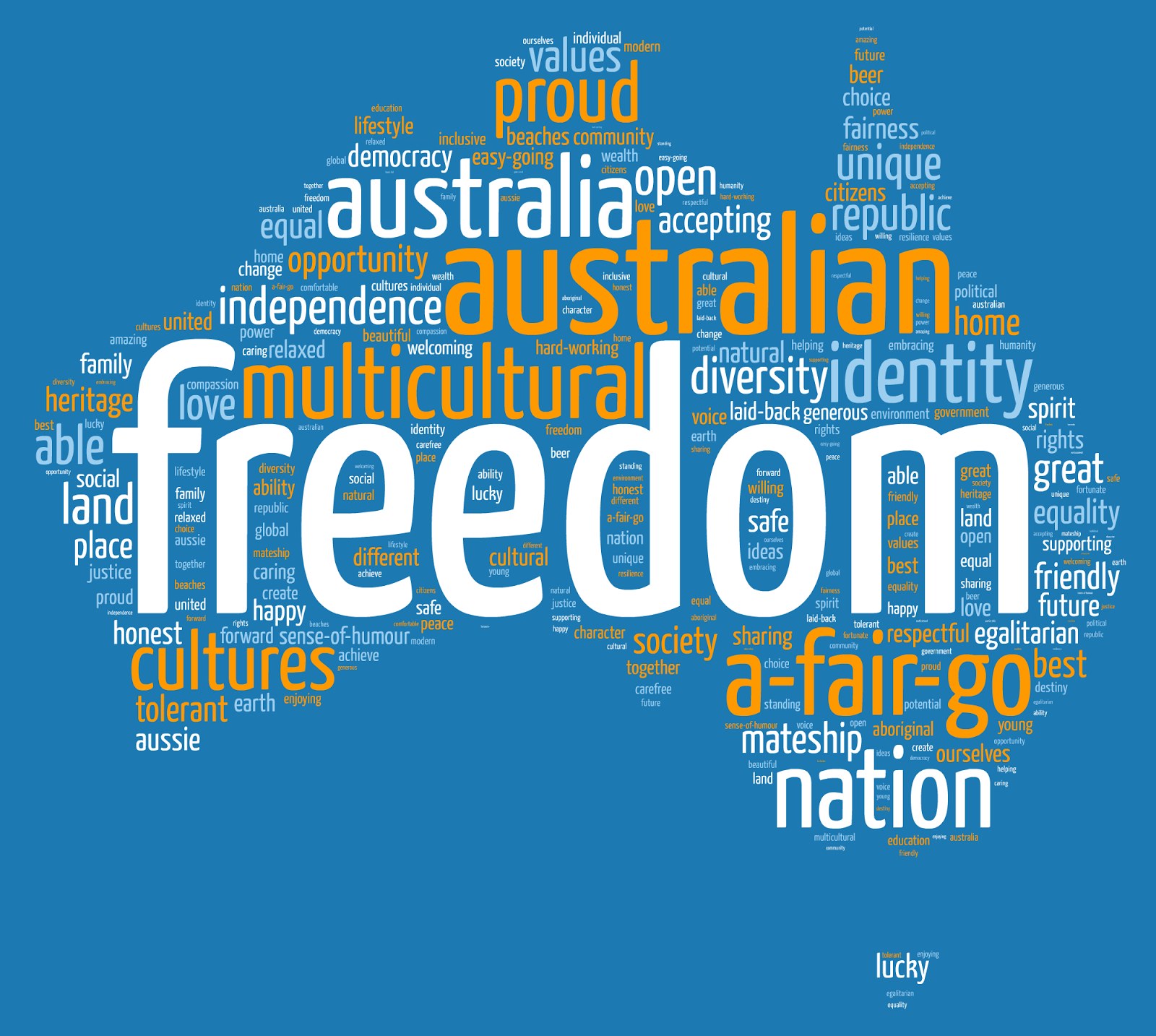 In 2013 the Australian Republican Movement re-launched with a listening campaign across the country, asking people “What does it mean to be Australian?”

“The Australia we share is free, fair, multicultural – and only a republic can truly unite us around those values”, Professor Gallop said. 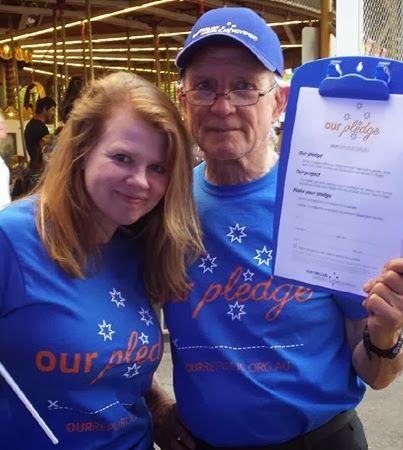 As the year progressed the ARM saw membership grow by 30 per cent, income double due to pledge and other donations, as well as fundraising efforts, a 300 per cent increase in online support and renewed interest from young people with republic clubs established at universities across Australia.

The ARM is asking Australians through its website and social media to sign up to the citizenship pledge and support a republic. It seems Australians want to pledge for Australia and not the Queen. It is only a republic that can truly unite the people of Australia.
Posted by Glenn Davies at 6:22 pm 1 comment: