Commonwealth Day and the sound of crickets

Australia's lack of interest in Commonwealth Day is a reflection of our desire to break from the royals and become a republic. 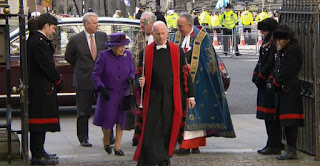 AFTER WEEKS OF political gridlock over Brexit, the British Parliament has voted to seek to postpone the country’s departure from the European Union from 29 March to at least 30 June 2019 in an attempt to avert a chaotic withdrawal.

Outside of former Prime Minister Kevin Rudd's recent essay, in which he says it is his ‘melancholy duty’ to report that the Commonwealth will not save Britain, an aching silence permeates what could have been an opportunity to question, in the shadow of Brexit follies, the relevance of the Commonwealth of Nations today.


I’m struck, as the British Parliament moves towards the endgame on Brexit, with the number of times Australia, Canada, New Zealand and India have been advanced by the Brexiteers in the public debate as magical alternatives to Britain’s current trade and investment relationship with the European Union. This is the nuttiest of the many nutty arguments that have merged from the Land of Hope and Glory set now masquerading as the authentic standard-bearers of British patriotism. It’s utter bollocks.

Commonwealth Day is meant to be a day of observance by approximately one billion people of their common bonds and the contribution of the Commonwealth of Nations to the creation of a harmonious global environment. However, the only activity connected to Commonwealth Day appears to be the British royal family attending a church service. Reminds me of the total lack of celebrations in Australia for the Queen’s 2012 Diamond Jubilee. All this makes a mockery of the Commonwealth Secretariat establishing as this year’s theme of “A Connected Commonwealth”.

In Australia, there were public holidays on 11 March 2019 that coincided with Commonwealth Day, such as Canberra Day in the A.C.T., Labour Day in Victoria, Adelaide Cup Day in South Australia and Eight-hour Day in Tasmania. Nowhere in any Australian media did there appear any discussion on Commonwealth Day. Cue sound of crickets chirping.

Empire Day was created after Queen Victoria’s death in 1901 when there was a call to remember her long reign. On 24 May each year – Victoria’s birthday – an annual commemoration was held which was directed especially at school children to promote loyalty among the dominion countries of the British Empire. This day, often called Cracker Night, was celebrated by lighting fireworks in back gardens and attending community bonfires.

In 1958, Empire Day was renamed Commonwealth Day, however this is no longer celebrated within the Australian community and there is little public awareness of it.

Perhaps the reason for the aching silence that permeates what could have been an opportunity to question – in the shadow of Brexit follies – the relevance of the Commonwealth of Nations today, is the utter irrelevancy of the institution of monarchy in the daily lives of Australians and, arguably, all other member nations of the Commonwealth.

It appears Australians will turn out and show respect to the Queen when she is in Australia, but when she is not then the concept of monarchy becomes irrelevant. Australians may like the celebrity surrounding the monarch and the royal family when they visit Australia, but are completely uninterested in any form of royal celebration when they’re all back in their digs in various castles in “the old dart”.

Same goes for the idea of a Commonwealth of Nations — great every four years as a vehicle for sporting competition with countries we’ve got a good chance of beating, but totally irrelevant in the space between Commonwealth Games. Could anyone name even one member of the Commonwealth Secretariat?

All this discussion brings up the issue of an absent Head of State — bring on a resident for president!