Uni clubs stir up talk of a Republic

Republic Clubs are forming at Universities across Australia, refuting claims young Australians are uninterested in an Australian Republic. 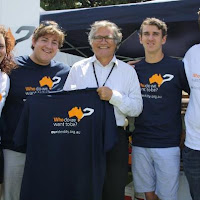 The university “O Week” season has seen the establishment of many new Republic Clubs and the generation of a great deal of interest.

Sera Yilmaz, for instance, is a young woman who wants to make a difference for Australia. She represented Australia at the Model United Nations at Harvard in 2012, has just graduated in Law and is pursuing postgraduate studies on equity in Australia’s immigration program. And, like students across Australia this month, she is setting up a Republic Club at her university, the University of Western Sydney.

“I am passionate about Australia. We have such a strong sense of fairness, such a vibrant, multicultural society. We have such potential in the future. That’s why I believe Australia should celebrate its identity as a republic.”

Sera is chair of the new University of Western Sydney Republic Club and will be signing up new members at “O Week” stalls at Parramatta, Bankstown, Campbelltown and Penrith campuses, 25-28 February 2013.

On Friday, 25 January 2013, the University of Queensland Republic Club held an Australia Day party in the Great Court as its inaugural AGM. Ably led by Jacqueline Rodgers, an undergraduate student in International Relations/Chinese, the meeting included the official adoption of the club constitution and voting for executive positions. Despite it pouring rain and still being university holidays, they managed a fantastic turnout and easily made quorum for affiliation.

On 20 February 2013, the UQ Republic Club had a Market Day Stall during O’Week which attracted 300 visitors, students, staff and MPs, with overwhelming support for an Australian republic.

On 29 December, 2012 it was announced that, with the help of the new VPs for Campus Culture, the UQ Student Union had approved the application for UQRA to become an affiliated member of Clubs & Societies. This was the final hurdle in a long battle to have the UQRA re-affiliated at UQ.

The University of Queensland campus has been involved in republican movement activity since the early 1990s. On 12 December 1993, the Australian Republican Movement was launched in Brisbane at the Sheraton Hotel. A public meeting was held on 21 April 1994 at the Abel Smith Lecture Theatre at UQ and the Inaugural Dinner of the Queensland branch of the ARM was held on 3 December 1994 at Cromwell College, University of Queensland. 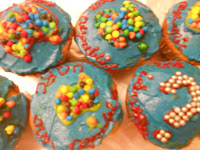 On 4 October 1994, the newly formed UQ Republican Association invited the Federal Attorney-General, Michael Lavarch to address the issue at the Axon Room. More than 50 people gathered inside and outside to hear the Attorney-General speak. This had been organised by the inaugural UQRA President, Johanna Sing. In 1994, she was an eighteen year old Arts/Law student who had long been interested in politics. At seventeen, she had been the youth representative of the ARM in Queensland. She was present at the launch in December 1993 and spoke at the first public meeting of the Queensland Branch at UQ in April 1994. In September 1994, she attended the Young Leaders’ Conference in Melbourne at which representatives of all political parties and various interest groups debated many issues, including the republic. By O’Week 1996, the UQ Republican Association was established on the UQ campus.

Throughout the 1990s and first half of 2000s, the ARM was a presence on UQ campus, particularly during O’Week. This all changed with the student union elections in 2008. From this time on the ‘Fresh Party’ actively stopped the registration of the UQ Republican Club. However, in late 2012, this changed when the LNP aligned ‘Fresh Party’ was investigated. 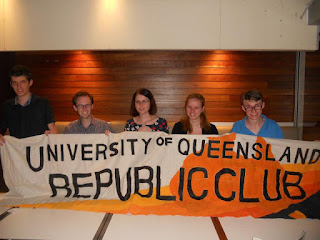 The 2012 UQ student election sparked protests and accusations of rigging after ‘Fresh’, which includes mostly Liberal National Party members, was accused of rigging the election by changing the rules on registering a party, without giving their opponents enough time to comply with the changes. There was widespread protesting by students over the move. In September 2012, University of Queensland ordered an independent audit, which investigated the finances, regulations and processes of the union after concerns were raised about the ‘transparency’ of the student union election process won by the incumbent Fresh party. The findings were delivered to the UQ student union on Wednesday, 30 January 2013 with a request for a response by 22 February.


“We believe the audit findings should be communicated to the public by the union soon and no later than early March”.

Student politics has long been the playground of budding party apparatchiks keen to try out dirty tricks, however now that the future LNP campaign managers have been removed and a level-playing field appears to have returned the students of 2013 have the opportunity to engage with the ideas presented to them by the UQRA.

It’s time for a new conversation about Australia, our identity and our responsibility to take the future in our hands as a fully independent nation. It is heartening to see young Australians all around Australia wrestling with these ideas. To continue this conversation go to Young Republic Student Forum on Facebook.
Posted by Glenn Davies at 10:08 pm

It would be nice to see how much the PUBLIC sector gained in job growth. And compare the growth with that of the public sector. Which one has gained the most in the past ten years. Would be very interesting.Private Equity Australia